Our Comic Recommendations - Issue One

Welcome to our first comic recommendations blog post, where we'll briefly highlight some of the upcoming titles that will be available from a recent Previews catalogue.

Previews catalogues consist of all the main publishers (except for DC), and they showcase some of the new and exciting titles which will be out within the next few months. If you want a copy of Previews, simply let us know.

So, to kick things off, here's a brief look at what we recommend. Whether you're new to comics or you're a veteran, we reckon you'll love these titles.

Hot off the heels of the HELLFIRE GALA, we have PLANET-SIZED X-MEN by Gerry Duggan and superstar artists Pepe Larraz! Now, we cannot overstate just how much we love Pepe Larraz's art. His work has now become synonymous with some of the best X-Men titles from the past few years, so you know we'll always be there when he's on board. 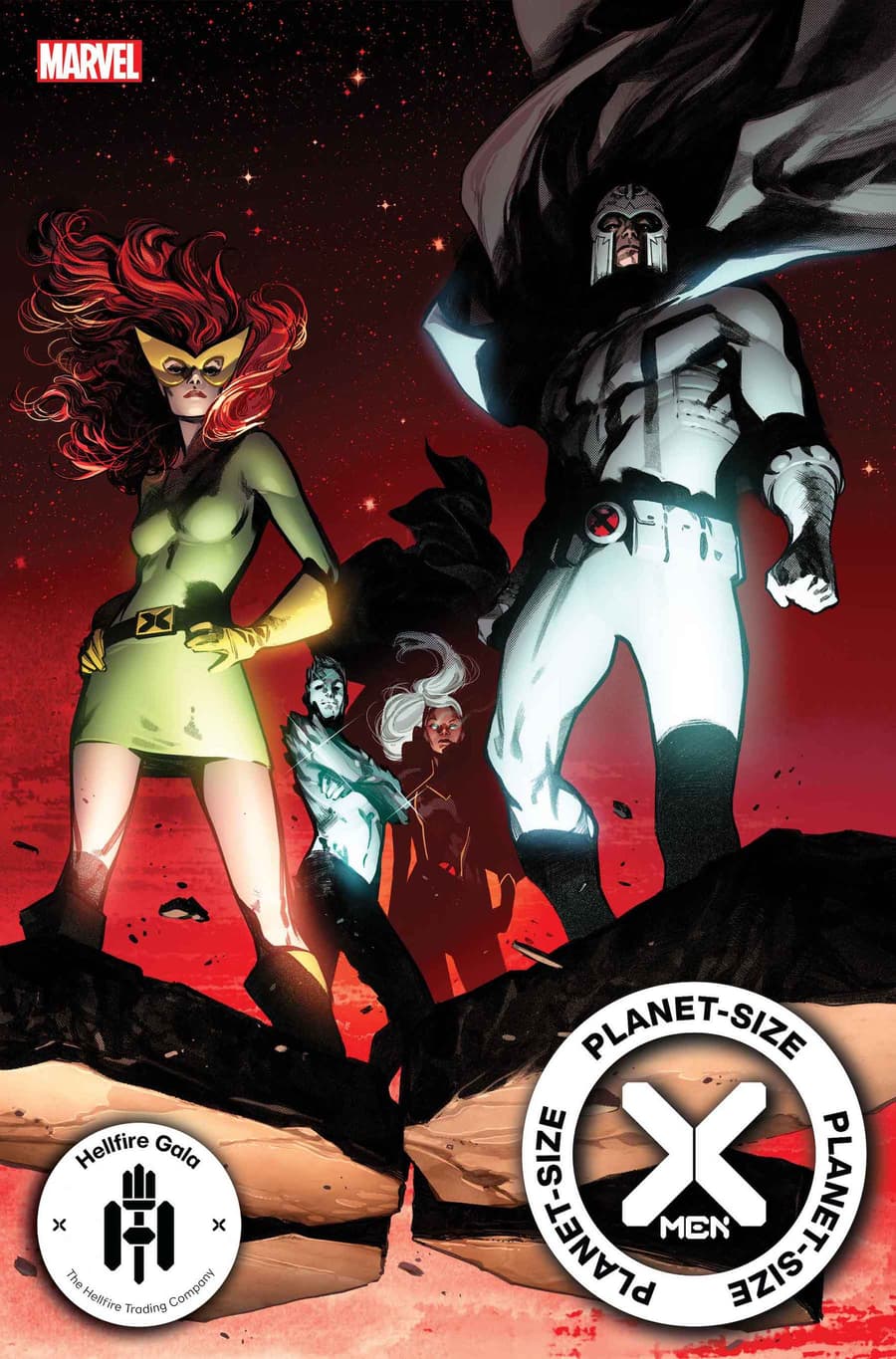 “Make no mistake—this is an X-Men book drawn by superstar artist Pepe Larraz. It is absolutely the most important issue of the month,” editor Jordan D. White promises. "Pepe is absolutely the star of the X-line and he is doing the most amazing work of his career. You cannot miss this."

Twelve titles, twelve stories, all focused on a single night that will go down in Marvel Comics history. Stay tuned for more HELLFIRE GALA cover reveals, costume designs, variants covers, and more as the buildup to this major turning point in the saga of the X-Men begins!

Want your very own copy? Check it out here before FOC and feel free to ask us about variants! Planet Sized X-Men.

If you're after something a bit different, check out the new Six Sidekicks of Trigger Keaton by Kyle Starks and Chris Schweizer! We absolutely loved Assassination Nation, so if you enjoyed that and Chew, you really have no reason to not check out this new book from Image Comics.

The book tells the story of Trigger Keaton, an actor who has been mysteriously murdered! Now it's up to his previous television sidekicks to hunt for his murderer, but there's one problem - Trigger had many enemies! For all you gamers out there, don't worry - we have you covered too. June sees the release of Apex Legends Overtime, the new comic based on the hit videogame by developers Respawn Entertainment.

Apex Legends Overtime features work by Jesse Stern and Neil Edwards, as players get to discover even more delicious lore with this new story:

The Legends from the battle royale video game find themselves pulled together to rescue the city from Mad Scientists, brutal assassins, and the sudden and sinister grip of the Syndicate, a corrupt cabal attempting to ''fix'' arena outcomes in their favor. Will the Legends hold up to their celebrity status and be the heroes Solace needs?

We always welcome videogame lore expansion in the form of comics, but Respawn have been knocking it out of the park recently with their shorts. Grab yourself a copy today, so you can give it a read in-between those intense epic gamer sessions. Apex Legends Overtime.

As a part of DC's celebration of Pride Month, we have the new CRUSH AND LOBO comic, written by Mariko Tamaki and art by Amancay Nahuelpan, spinning hot off the heels from Teen Titans Academy.

In this new eight-issue miniseries publishing between June 2021 and January 2022, Crush, daughter of the Czarnian bounty hunter Lobo, is in full-on self-destruct mode! After rage-quitting the Teen Titans and blowing up her relationship with her girlfriend Katie, Crush decides it’s time to finally confront her father in space jail and get her baggage sorted before she wrecks everything. Like father, like daughter?

We're in love with Kris Anka's cover, and we're always welcoming of a new DC title that focuses on entirely different characters. Interesting in starting a new DC miniseries? Check it out - Crush and Lobo.

We will be attempting to recommend new titles wherever we can at Hobby Ultra and we'll even focus on graphic novels and manga too. We have our finger on the pulse when it comes to the industry, so feel safe in the knowledge that you'll be looked after by people who have been doing this for years.

If you have any queries or questions, do not hesitate to get in touch. We're always happy to help. See you next issue.